Basically as the title says. I would love to see a link to take me back to my list of devices from the discover devices page after adding a device. Let me know if you have any questions!

There is already a link to Devices in the Menu on the left or fly out menu on mobile.

Sorry, should have mentioned it would be nice if it was there when I'm using my iPhone to add devices.

I've circled what I would like to see added. Not a huge deal since there are the other options you mentioned. 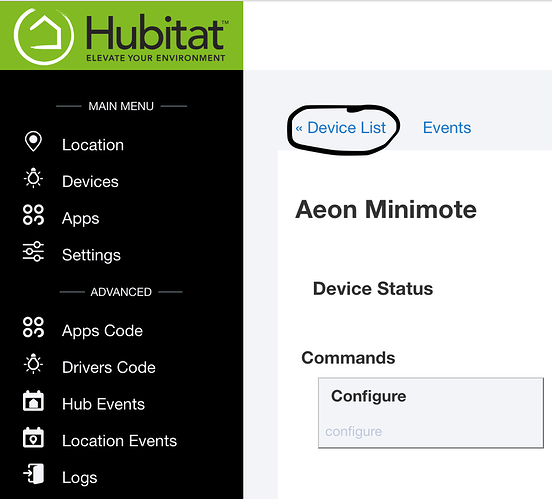 You should be able to get back to the list with mobile devices. Just click the 3 little row of lines. 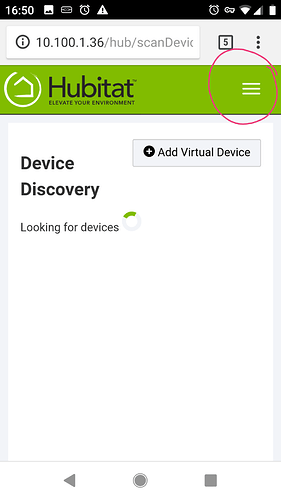 I know how to get back to devices. I was just suggesting it as I think it would be faster when on mobile if it was there. If no one else agrees, feel free to ignore.

This reminds me of something slightly different but similar that I'd actually want: it would be nice to have a link to the device page itself after it gets paired and named (or added with the default name), maybe by turning the device name into a hyperlink or adding a "View Device" link beside or under it or something.

Going back to the all-"Devices" page is nice, but that's rarely what I want to do after pairing.

EDIT, a year and a half later: this has apparently happened. I honestly don't remember a time now when it didn't, but apparently there was.

a year and a half later: this has apparently happened.

Is there a way to link to a specific device in a custom app? LIke with an href or something?

Not exactly, but do you have a particular use/reason in mind? Maybe there's another way to approach the issue. That being said, you can use a paragraph() to display anything, which could include an HTML link, and you can get the device URL if you have its ID (you may have noticed this on the device page URLs), which you can get from the DeviceWrapper object (the device reference your app would have). So...it's not impossible, just probably not something I'd recommend (while probably unlikely to change any time soon, the device URL is not documented as any guarantee).