No problem. I, myself, learn better with examples that I can adjust to suit my needs, and build new ones off of. I've learned a lot of neat tricks from other's ideas.

Here's a piston that shows how you can do motion controlled lighting with 2 motion sensors. Hopefully this will help get you started in creating your own pistons. 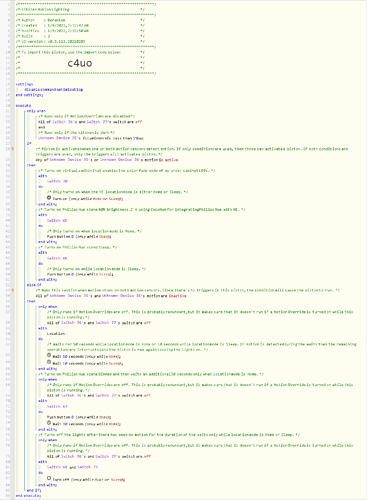