Hmm nothing on Z-wave alliance yet. just when i'm thinking about doing away with MS6's 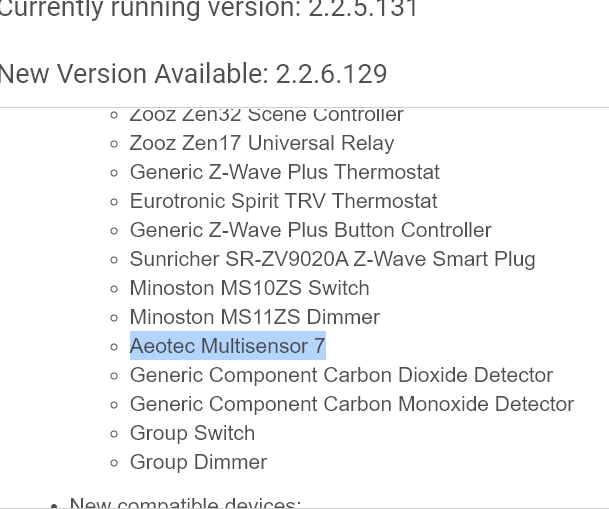 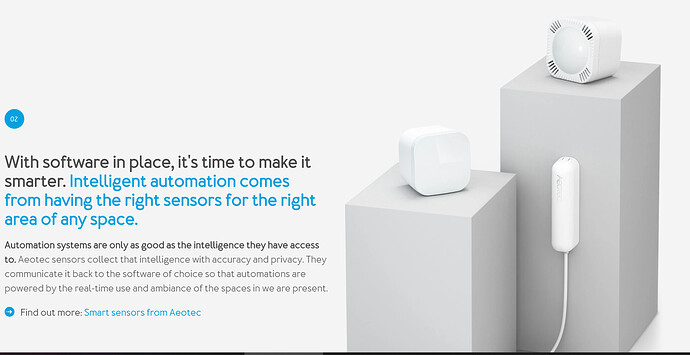 I don't think it's shipping yet..

How are you liking it? I'm assuming you've tried it out?

I'm assuming you've tried it out?

Yep.. It's basically the same as the MS6 without the oddball random extra reporting.. 700 series so the battery life should be great..

Those MS6's were too talkative .. I removed them from my mesh a long time ago because of all the "extra" repetitive chatter..

hose MS6's were too talkative ..

So true I kept them in the network but never really liked them, couldn't physically remove them because then I would have to patch holes I hope they fit in the same recessed mount. Seeing the driver made me totally forget about the new backup feature just released lol.

It's not shipping, but I've been in contact with Chris from their Field Tech office - he does report great range for these things - I like the less chatter - my MS6's have been tuned way down in terms of reporting, but are probably still a major source of issue in my network. Hoping to move them all to the C-7 how that backup/restore is here and see if that at least gets me a more workable mesh until I can move to the MS-7's once they ship.

I have 3 of the Zooz 4-in1 on my C5, and I've had good luck with them, but I've read about how they are not supported on the C7 and can even cause problems on the C5 when you get more than a few. Is the Aeotec multisensor a good replacement? If so, I might get some of the 700 series when they come out.

I have like 6 of the ms6 that I would like to replace with the 7. Really hoping they’ll fit into the same bracket mount for flush mount in celilings snd walls?

I think the MS6's are trash. I have a pile of them in a drawer I won't use. Motion reporting is slow, for me battery life was absolutely abysmal (yes, I reset and paired them while on battery not usb), lux reading wasn't useful for anything I needed, etc. And that doesn't even include that they are way over priced (in my opinion).

Maybe the MS7 will be better. Maybe this time I'll buy ONE and try it out thoroughly before buying more.

(yes, I reset and paired them while on battery not usb),

what does this do differently then when paired on usb?

My understanding is that when it pairs with USB it acts as a repeater, but it is not a very good one. If you pair on battery, it does not act as a repeater, even if you later connect it to USB power.

If you pair on battery, it does not act as a repeater, even if you later connect it to USB power.

Damn, I had to ask, I've wanted to take them out of the network as repeaters for a long time, I wish I would have learned or thought of this sooner now it's just not worth the effort to pair them on battery. Most of the Aeotec products that I've bought usually give me buyers remorse at some point in time or maybe it's just zwave plus 500 series products,700 seems to be good so far.

I wonder if these will include a microwave sensor so they could detect motion outside? Maybe that's the "seventh" sensor? Wishful thinking.

Hey, check it out, they aeotec just posted the support page and technical specs in April. Hopefully coming out soon.

Aeotec MultiSensor 7 was developed to detect ambient values and movement and to transmit them with Z-Wave Plus. It is powered by Aeotec’s Gen7 technology. You can find out more about MultiSensor 7 by following that link. To see whether Mu...

Very cool once they become available in the US I will buy one to try. I agree with others that the MS6 are garbage but I like the in ceiling recessor concept that no other motion has - I have two installed. Good news is the new MS7 is the same size and will fit in my existing mounts:

With Recessor, the impossibly small MultiSensor 6 and TriSensor become even smaller. Allowing either 6 to be installed within a wall or ceiling, with Recesso...

A quick update on MS7 - through working with the Aeotec Field Tech Chris Cheng, I was able to acquire 24 new MS7s to replace the 24 MS6s in my Z-wave network (running on a C7 hub). All but 8 of these MS7s are mains-powered and I added all of them without S2 auth.

I'm happy to report that going to the MS7s has completely removed the problems of the MS6s being super chatty and sending a bunch of NOP Power messages, which were causing regular 'Z-Wave network busy' messages on my C7 hub.

Alexa control and timed automations seem to work much more smoothly now (no surprise, as a clogged network can introduce painful delays).

I'm working through an issue now with Hubitat support and Chris at Aeotec regarding several of these new MS7s getting 'stuck' in either motion active or motion inactive. And by 'stuck', I mean absolutely not registering motion active or inactive despite waving my arms wildly in front of them. They tend to stay in this state for hours, as evidenced by my Kitchen sensor reporting motion this morning at 10:24 am, despite the fact that our family had been up and moving around the kitchen long before that time.

So, bottom line, a bit of a mixed bag right now... motion-activated automations are still problematic when the primary reason for the sensors (motion) is not working reliably... I've tried a previous trick I used with the MS6s, which was throwing the mains-powered sensors a 'configure()' command, but that doesn't seem to unwedge them.

I'll update this thread as we continue to work through the issues. Thanks.

Good to know. Please keep us updated on this progress. I have a bunch to replace as well but I’d prefer to wait u til the bugs are worked out.